In 1964, UNESCO called upon the greatest African and international experts of the time to produce the General History of Africa (GHA) and promote an African perspective on the history of the continent. The drafting of the eight volumes of the GHA involved contributions from over 230 specialists for over 35 years.

This pioneering work covers the history of the entire African continent, from the arrival of mankind to contemporary times. This History closely connects the destiny of Africa with that of humanity. It sheds light on the ties that bind Africa with other continents and on the contribution of African cultures to the general advancement of humanity.

Today, the eight volumes of the GHA are available in several languages and can be downloaded free of charge on UNESDOC, UNESCO’s digital library.

In 2009, at the African Union’s request, UNESCO developped various educational tools based on these eight volumes. Made available to the African States, these tools are to be included in primary and secondary school curricula to harmonise the teaching of the History of Africa across the continent.

To mark the Africa2020 Season, the General Commissioner suggested, on behalf of Africa, that the pedagogical tools of the GHA be offered to France. Entrusted to the Ministry of National Education, Youth and Sports, this material will be made available to all teachers across France 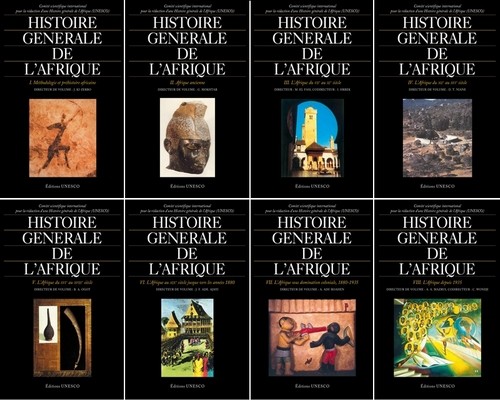 Emblematic initiatives of the Education part

A strategic partnership with the Ministry of National Education, Youth and Sports
-> Find out more here